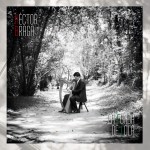 CD, Edited by ETNOSON (2015)
La fonda de Lola is an album that has the participation of nearly fifty musicians and artists. Represents a turning point in the career of Hector Braga, as over 13 tracks, some of them original (like the single that gives title track) or first cover (the mexican “Mi Chorro de Voz”) proposes a very interesting fusion of Asturian music with other sounds, flamenco and Latin American style. with a unique sound and original, also includes some notable collaborations, such as Luis Delgado, Kepa Junkera, Orestes Barbachán, Angel Ruiz, Siero Chamber Orchestra and “Picos de Europa-DOP Cabrales Pipe Band. This is the most comprehensive album from an artist who still knows reach a global audience with a local speech.

Third studio album by Hector Braga, where vocal and instrumental tradition are mixed with a band of musicians that guide his music towards the folk sounds. In 11 tracks that go form traditional music to
new compositions, several musicians from diverse backgrounds (traditional, pop, jazz, classical…) get together their guitars, bass, drums and pianos with Hector’s harp, bagpipes, hurdy-gurdy and voice, which presents some admirable capabilities and registers. This is a key body of music that allows the listener to learn about the evolution, possibilities, innovation and versatility of Hector’s music, already proposing new ways of approaching the music for the future. 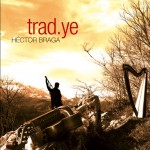 The second album by Héctor Braga, Trad.ye (2008), was conceived to reproduce his solo concerts, for the first time collecting his wide vocal register and all his instrumental capabilities. With an acoustic flavour and again based on the archive material collected in his ethnomusicological outings, he reinterprets the classic asturianadas from the beginning of the 20th century, he brings medieval ballads up to date, he recreates the art of singing and playing bagpipes at the same time, he improvises songs that are direct descendants form the roguish Mester de Juglaría, he recreates the genuine popular cordel literature… But far from staying in “museum music”, Héctor Braga displays several artistic offerings for the musical tradition that he performs and researches and he has the collaboration of several traditional bandinas (small format traditional ensembles) and the great castillian musician Luis Delgado. 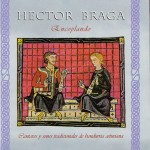 The Asturian bandurria is a rebec with three strings, made from a sigle wooden piece and an animal skin as harmonic cover. Héctor Braga’s bohemian side is as well known, and in this sense, Encoplando is a 100% traditional album published by initiative of Lisardo Lombardía, who is now the director of Festival Interceltique de Lorient. The CD is composed by 17 tracks from the traditional rebec repertoire, not forgetting some personal add-ons, alltogheter starting from the base of a strong research activity thar took place from 1997 on, and the ethnomusicological analysis of several recordings from the 70s and 80s. In ENCOPLANDO, the rebec and the voice of Héctor Braga is reinforced by collaborations from several traditional Asturian musicians like Marta Elola, Jorge Mochales, Pepín de Muñalén or Xose Antón “Ambás”.

Share on FacebookShare on TwitterShare on Linked InShare by Email

Share on FacebookShare on TwitterShare on Linked InShare by Email

Theme by Anders Noren — Up ↑